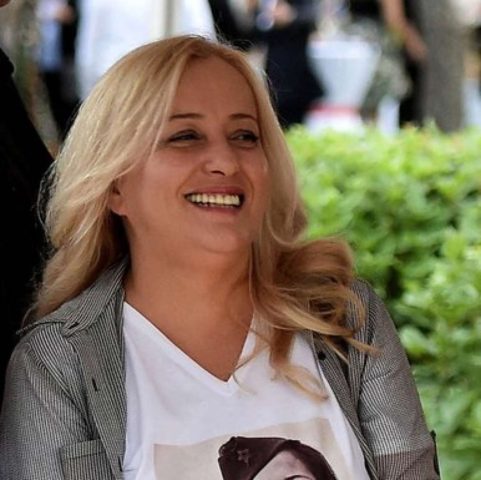 Montenegrin journalist Olivera Lakić, who has so far suffered death threats, two attacks in which she was injured, and the knowledge of a new assassin being recruited for her assassination in prison in May, has not been provided with police protection to date, despite appeals from the Human Rights Action (HRA) and Commission for monitoring investigations of attacks on journalists from two weeks ago.

Meanwhile, on the order of the Special State Prosecutor’s Office, two suspects for the planning of her assassination were first arrested and then released on Saturday to defend themselves from liberty. These are persons who, according to a cooperative witness, followed the journalist just before the attack on her in 2018, and forwarded that information to Filip Knežević, suspected of shooting and wounding her, who is still at large.

The HRA considers that the behavior of the Police Administration and the National Security Agency is irresponsible, and that nothing can justify the absence of an urgent security assessment and protection of the journalist in an obvious risk of her safety.

On December 11, 2020, the Montenegrin daily newspaper “Dan” published the testimony of a cooperative witness that, in May of this year, an assassin was being recruited for the murder of the journalist Olivera Lakić at the Spuž penitentiary.

On December 14, 2020, the HRA called on Special state prosecutor’s office and Police Administration to answer 3 questions without delay:

1) What has been done so far to urgently and thoroughly, in accordance with the standards of effective investigation, investigate allegations that there are several members of a criminal group interested to murder journalist Lakić? Are they connected to the attack on her in May 2018?
2) Why wasn’t she immediately officially informed that her life was in danger?
3) Why did they not provide her with protection in a situation where there is testimony of a plot to assassinate her which the SSP, having included it in its indictment, apparently deems to be credible?

On December 18, 2020, the Commission for Monitoring Investigations of Attacks on Journalists held a session after which it was announced that it had requested the Police Administration and the National Security Agency to urgently conduct a security assessment of Olivera Lakić and provide her with all necessary physical protection.

On December 25, 2020, the Special Prosecutor Saša Čađenović said at a press conference that two suspects had been arrested the previous day for planning the murder of the journalist Olivera Lakić, while others were already in prison on other grounds. The prosecutor Čađenović then confirmed that this was the same group that was suspected of the attempted murder of journalist Lakić from 2018.

On December 26, 2020, the investigating judge of the High Court in Podgorica, Miroslav Bašović, rejected the SSP’s proposal to order the detention of Veselin Bubanja and Luka Bulatović, who are suspected of planning the murder of journalist Lakić. It was assessed that the allegations that there is a danger that Filip Knežević, a member of the same criminal group who is on the run, and who, according to the cooperative witness, shot the journalist in May 2018, could help them hide, are unfounded. Judge Bašović considered that there was no danger of these persons completing the criminal offense because they had not done it so so far, almost two months after the cooperative witness gave his testimony. Those two are the persons who, according to the cooperative witness, just before the attempted murder from 2018, followed the journalist Lakić for some time and forwarded that information to Filip Knežević, who allegedly shot her at that time, and who is still at large.