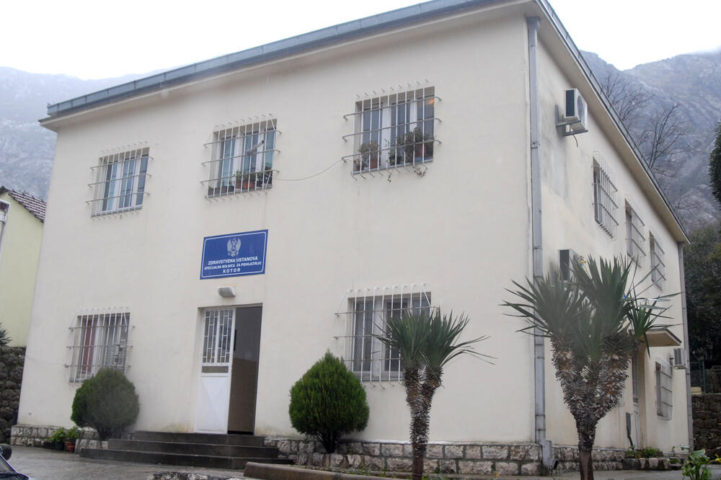 Jovan Grujicic’s parents, Natasa and Budimir Grujicic, with the support of non-governmental organizations Action for Human Rights (HRA) and Juventas, filed a complaint today to the Commission for Ethical Issues and Deontology of the Medical Chamber of Montenegro on the actions of doctors and management of the Special Psychiatric Hospital in Kotor (SPB) in relation to their son Jovan.

Jovan Grujicic was a patient of the Special Psychiatric Hospital “Dobrota” (Kotor), when on May 26, the police officers of the Security Centre (SC) Podgorica took him for questioning, and then, as it is reasonably suspected, exposed him to torture. The Internal Control of the Police of the Ministry of Interior Affairs has in the meantime completed the investigation in that case and having found sufficient evidence forwarded the case to the Basic State Prosecutor’s Office in Podgorica for further action.

According to the documentation submitted to the Commission, SC Podgorica in a letter dated May 25, 2020 addressed the Psychiatric hospital, in order to get approval for the takeover of Jovan Grujicic by SC officials “for the purpose of collecting information on several criminal offenses at the premises of SC Podgorica as a citizen.” At the time when this letter arrived at the hospital, Jovan was in the psychoactive substance rehab department, and under supervision of the head of the deparment, dr Sandra Vlahovic. The next day, Jovan was taken from the Hospital, and since that day he has been deprived of liberty, in the custody in the Administration for execution of criminal sanctions.

Jovan Grujicic’s parents claim their son was denied regular therapy in the Hospital in the evening of May 25, as well as in the morning of May 26, before he was taken from the Hospital, without giving him or his mother accurate information about why it was done. Parents claim Jovan was actually deceived and was told he would undergo “some tests” on May 26. Natasa Grujicic claims that dr Vlahovic, who treated Jovan, told her that she had received an order and was forced to deny therapy, although she did not agree with such treatment.

Jovan was handed over to the police from the Hospital without prior notice, without the received therapy and without the therapy he was supposed to continue taking after his release. We suspect that the goal of denying therapy was to bring Grujicic into a state of anxiety, in which he would be more susceptible to pressure and blackmail, and in such a state to agree to give a false statement.

Only three days after Jovan was taken to the police premisses, on May 29, the Hospital issued a discharge list stating he was “administratively” released from the institution. In addition, the case file contains a letter dated 27 May, signed by dr Vlahović and dr Djedovic, in which, retroactively, they stated they agreed for Jovan Grujičić to be examined by the State Prosecutor, as they considered him capable of it. However, Jovan Grujicic had already been questioned the day before, and as he claims, was brutally tortured in order to give a self-accusing statement to the state prosecutor in the evening.

We believe that, by failing to provide Jovan Grujicic with the prescribed therapy, not informing him of the reasons for denying therapy, as well as releasing him for police questioning outside the Hospital without a proven need, medical staff of the SPH acted to the detriment of the patient, broke the necessary trust in the doctor-patient relationship, was brought into the position of accomplice in the police abuse of the patient and violated several articles of the Code of Medical Ethics and Deontology (Code) (Articles 6, 8, 9, 12, 14, 16, 17)

By failing to give mandatory therapy to Jovan Grujicic, doctors also directly violated the Law on the Protection and Exercise of the Rights of Mentally Ill Persons (Articles 4, 5, 12, 14). In addition, the above-mentioned conduct of the doctors violated the Code of Criminal Procedure (Article 154.5). Described actions of doctors  at the Psychiatric hospital are also in conflict with international standards, i.e. the principles of UN Resolution 46/119, the Istanbul Protocol, the declarations of the World Medical Association, etc.

Due to all the above-mentioned, we expect the Commission for Ethical Issues and Deontology of the Medical Chamber of Montenegro to consider the complaint and issue an opinion in this case, which will be forwarded to the Prosecutor of the Chamber for further proceedings before the Court.

Jovan Grujicic and his family have already lost trust in the health system and treatment at the Special Psychiatric Hospital in Dobrota. In order to prevent other patients from getting into a similar situation, we demand the procedure be carried out in order to examine the ethics of the doctors’ actions in SPH.