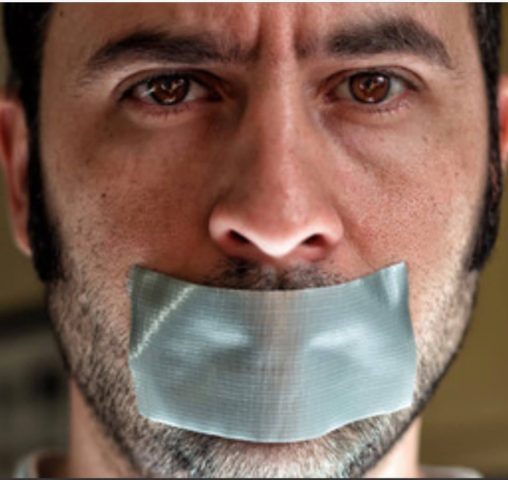 Human Rights Action (HRA) strongly condemns filing of a criminal complaint, arrest and detention of Velimir Čabarkapa (29) from Pljevlja due to satirical treatment of the Montenegrin anthem which he published on his Facebook profile. The text which Čabarkapa published has grounds in generally known fact of drug smuggling through Montenegro and presents a form of freedom of speech which is guarded by international agreements on human rights also as the Constitution of Montenegro. HRA warns that with this the repression continues over freedom of speech in Montenegro, which has been especially on the rise from the beginning of the year and appeals to the state prosecution to stop with criminal prosecution and detention of people for speech which does not present a call to violence or hate speech.

Čabarkapa is in the prison because state prosecutor in Pljevlja has ordered for him to be detained in the duration of 72 hours because he concluded that in his post from 2. of May there are elements of criminal act reputation damage of the state of Montenegro from Article 198 of Montenegrin Criminal Code (“Whoever publicly exposes Montenegro, its flag, coat of arms, or anthem to mockery shall be punished by a fine or a prison sentence for a term not exceeding one year.’’). It is not familiar whether the prosecutor has made stance towards Article 201 of Montenegrin Criminal Code which prescribes that for the act from Article 198 the perpetrator will not be punished who made his statement “in the framework of a serious criticism in a scientific, literary, or artistic work, or while performing an official duty, journalistic profession, political activity, while defending a right or protecting justified interests, provided that the manner of expression or other circumstances show that he has not done it with the intention to discredit or where he proves the veracity of his allegation or that he had a well-founded reason to believe in the veracity of what he was stating or disseminating.’’

HRA indicates that Čabarkapa has published a classic example of satire on the subject of public interest, with sufficient factual grounds, which is protected by freedom of speech. He has mentioned in his satirical processing the generally known fact of drug smuggling through Montenegro, on which international organisations have already reported in their numerous publications (the latest one being report of European Commission on advancement of Montenegro for the year 2019, page 39 [1]). Also, the text has obviously been inspired by recent seizure of half a ton of cocaine on Montenegrin ship ,,Budva’’ in Hamburg.

European Court for Human Rights has in several judgements highlighted that satire is ,,a form of artistic expression and social commentary which is, by exaggerating and distorting reality, intentionally provocative and of political nature and that each limitation of it should be considered rather carefully’’ (Vereinigung Bildender Künstler versus Austria, 2007, Eon versus France, 2013). The court has also highlighted that criminal sanctions have intimidating effect on satire, which can play a very important role in open discussion on matters of public interest which is an ,,irreplaceable feature of a democratic society’’.

We also remind of the stance of United Nations Committee (UN) and special rapporteurs and representatives for freedom of speech of the UN, Council of Europe, OSCE, Organization of American States and African Commission for Human Rights and Rights of Peoples that the state does not deserve special protection in laws on perjury, because ,,neither the state, nor its symbols have feelings and therefore can not be passive subjects of criminal acts which damage reputation or honour’’. Also, the conclusion of conference organised by representatives of OSCE for freedom of media and organisation Reporters Without Borders in 2003. In Rome is that state symbols and other objects (flags, religious symbols) should not enjoy criminal or civic protection from perjury and insult. Having all that in mind, HRA has in 2010. Suggested that criminal act Reputation damage of the state of Montenegro be erased from the Criminal Code.

Finally, we point out the fact that in February of 2018 state prosecution in Zagreb has rejected criminal charge against journal “Novosti’’, its editors, journalists and publishers, which Croatian right-wing party has submitted due to publishing of a song named “Our beautiful howitzer’’ in August of 2015. The Croatian state prosecution has then concluded that the act represents “a satirical text which is a form of freedom of speech and expression guaranteed by the Croatian Constitution’’, also that “accepted standards of freedom of speech in a democratic society imply presentation of those information and stances which are not generally accepted’’.

[1] “Montenegro remains a place of entry of narcotics and a transit state for their further path toward European market. Drug smuggling is by far the most significant and most profitable criminal activity of local organised crime groups and is the initiator of many other criminal activities such as murders, murders tied to criminal clans and trade of arms. Organized criminal groups from Montenegro are active in the trade of cannabis, heroin and cocaine, and they have direct ties with criminal groups in South America, which gives them dominant position in procurement of cocaine for Europe. They mostly operate outside of Montenegro, also in EU countries, despite local trade and consumption also being active.’’