Towards justice for the victims of war crimes 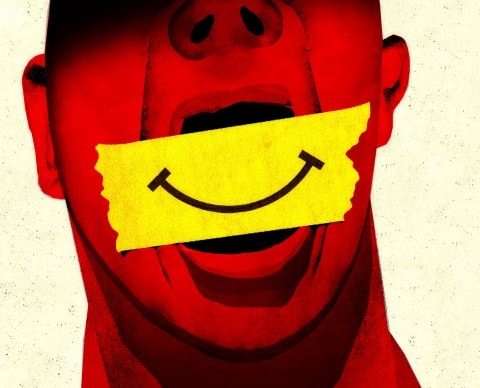 Human Rights Action (HRA) warns against frequent application of restrictive provisions of the Criminal Code and Law on Public Order and Peace in Montenegro contrary to the standards of freedom of expression guaranteed by the European Convention on Human Rights.

After imprisoning three journalists, in the first weeks of January, for publishing allegedly fake news, with questionnaires in headlines, that supposedly caused panic in citizens, last night the police have also arrested and detained the civic activist Vesko Pejak from Niksic, under suspicion of causing panic and disorder.  He wrote a post on Facebook entitled “There will be War” in which he accused the ruling party and the president of state that they wanted to “drag the people into war”, stating that a vehicle carrying a prominent Albanian flag had passed through the city of Niksic although the town reportedly had no Albanian families, which, according to his estimation, aimed at bringing citizens of Niksic into a strife. Pejak concluded the announcement with the words “You want a war? You will have it.” The state prosecutor in charge ordered his detention for 72 hours.

HRA recently filed a reasoned initiative for review of constitutionality of the Article 398 of the Criminal Code “Causing Panic and Disorder”, which provided the basis for the aforementioned deprivations of liberty first of the three journalists and than of a civic activist. This criminal offense allows for excessive restriction of freedom of expression with imprisonment for up to three years contrary to the European standards of freedom of expression, which allow, in certain circumstances, publication of incorrect news that may even shock and excite the audience. With a view of strict legality in the latest case, as well as in the previous ones, the evidence that the announcement ever caused panic at all is particularly controversial,  while it is a mandatory element of the said crime.

In the meantime, a citizen D. F.  from Bijelo Polje was also fined with 300 € for displaying the Republic of Serbia flag on the hood of his vehicle on January 25th. The sentence was imposed in accordance with Art.  23, para. 1 and 4 of the Law on Public Order and Peace (“Official Gazette of Montenegro”, No. 064/11), which forbids the flag, coat of arms or other symbol of another country to be displayed in a public place without a permit or a public invitation, and for that prescribes a fine of 100 to 500 euros or imprisonment of up to 30 days.

The citizen D. F.  would not have been penalized had the Law on Amendments to the Law on Public Order and Peace, adopted on December 27th 2019 – on the same day as the Law on Freedom of Religion and Religious Communities – been published in the Official Gazette in good time and entered into force. By this Law the Article 23 of the Law on Public Order and Peace was amended to allow the flag and symbols of “members of minority peoples and minority national communities” to be displayed, and therefore, displaying the flag of the Republic of Serbia will no longer be banned.

However, the general ban on displaying flags of other countries in public, even with the exception of sports matches and flags of national minorities, is still contrary to freedom of expression.

The European Court of Human Rights has only approved of restricting freedom of expression by banning show of flags and other symbols in situations where such acts glorified war crimes, crimes against humanity or genocide (Faber v. Hungary, 2012) or when they incited violence (Faber, para.  56, Sürek v Turkey, No.  1, [GC], 1999, para.  62).

There is no “pressing social need” – as required by the European Convention on Human Rights for limiting freedom of expression in a democratic society – for restricting the show of a flag of any country in the world in Montenegro, and especially not of those states that Montenegro has diplomatic relations with. Both the current Law on Public Order and Peace as well as its amended version, which will come into force, criminalize public display of, for example, the Australian flag in support of that state, which sufficiently explains the absurd situation with that law.

HRA considers that the case of punishing G. M. from Niksic, with a fine of 500 €, for posting insulting comments below the article with a statement of the police director on a Facebook page, also represented a disproportionate restriction on freedom of expression, which had contributed to the impression that freedom of expression is under a wave of state repression. Although the insult was abolished as a criminal offense back in 2011, it still survived in Article 7 paragraph 2 of the Law on Public Order and Peace together with the prison sentence, which had been abolished already in 2003 for the criminal offense of insult. One of the basic principles of freedom of expression is that public figures, especially government officials and politicians, should tolerate an increased level of criticism, including insult in the context of a debate of a matter of public interest. According to international standards, the sanction for free expression must be commensurate with the need to protect honor and reputation, and we believe that a sentence in the rank of an average salary in Montenegro for posting on Facebook, which is otherwise riddled with offensive comments of public figures, is not compatible to that standard.

HRA urges police and prosecutors to observe international standards and protect freedom of expression, which is essential for a democracy.  Citizens in a democratic society have the right to create their own views of reality and take positions on the basis of a variety of views and information from different sources, without the paternalistic state censorship.

One should also note that the European Court of Human Rights emphasized that “Any measures interfering with freedom of assembly and expression other than in cases of incitement to violence or rejection of democratic principles – however shocking and unacceptable certain views or words used may appear to the authorities – do a disservice to democracy and often even endanger it” (Sergei Kuznetsov v. Russia, 2008, para.  45).