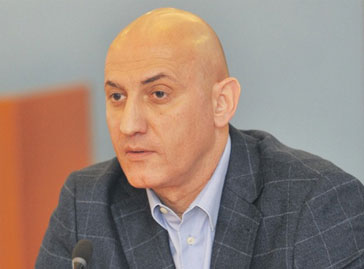 Tomorrow, on 26 September 2019 at 8:45 a.m., before the Basic Court in Podgorica (Judge Radovan Vlaović), a new first-instance proceeding will begin in the lawsuit filed by Goran Djurovic against the Parliament of Montenegro for annulment of the decision on his dismissal from membership in the Council of Radio Television of Montenegro (RTCG).

The High Court in Podgorica abolished the first instance judgment by which the Basic Court in Podgorica upheld Goran Djurovic’s claim finding that the Montenegrin Parliament illegally dismissed him of membership in the RTCG Council and annulling the Parliament’s decision on his dismissal. The High Court relied on the general position of the Supreme Court of Montenegro from 27 June 2019 that regular courts are not competent to examine the lawfulness of decisions of the Parliament of Montenegro, although general positions are not a source of law and are not binding.

After the decision was overturned, the Basic Court efficiently scheduled a new trial. HRA expects the Basic Court to reiterate its decision and provide Goran Djurovic with the right to a remedy and the right of access to a court, as opposed to disputed general position of the Supreme Court that arbitrarily restricts access to court.

In July 2018 Djurovic also filed an application with the European Court of Human Rights, because of his political and illegal dismissal from the RTCG Council, with no effective judicial protection. The application alleges that Montenegro violated his right to freedom of expression, as well as the rights to an effective remedy and fair trial.

Goran Djurovic’s legal representation in these proceedings is provided by Human Rights Action with the support of Media Legal Defence Initiative (MLDI) from London. Djurovic’s lawyer is Dalibor Tomović.