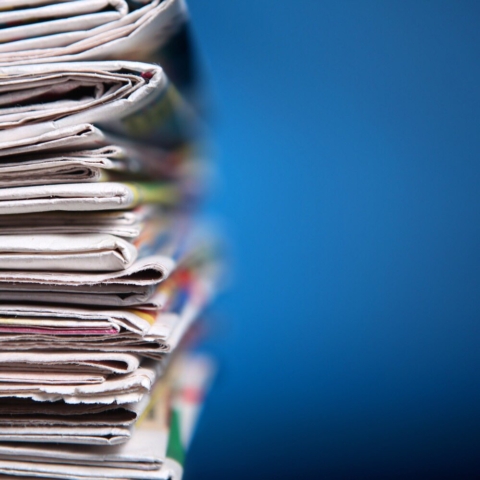 On the occasion of the World Press Freedom Day Human Rights Action (HRA) recalls the importance of media freedom for providing objective information necessary for the survival of a democratic society.

Free journalists are safe journalists. Last year was marked by several cases of threats to journalists, the burning of a vehicle of a journalist and explosion in front of the journalist’s house. All these attacks, which should be seriously investigated and punished, constitute attacks on freedom of expression, as were the previous serious and unfortunately unpunished cases of murder, attempted murder and physical assaults on journalists in Montenegro.

The last year was also marked by the invasion of government on the independence of the public broadcaster Radio and Television of Montenegro (RTCG) and the Agency for Electronic Media, in the form of illegal dismissal of two members of the Council of the RTCG, Nikola Vukcevic and Goran Djurovic, and Darko Ivanovic from the Council of the Agency, and filling vacancies with activists of the ruling party. The new members of the RTCG Council have already announced implementation of a plan to replace management of RTCG to favour the ruling party. The Constitutional Court rejected both Goran Djurovic’s appeals and considered he was obliged to wait for the outcome of a regular civil procedure, although that outcome after two years would not be able to lead to useful consequences. Therefore, in the next few days, HRA will file an application with the European Court of Human Rights for Djurovic. Meanwhile, in the proceedings on his claim the regular court in Montenegro has not yet scheduled a preliminary hearing.

The government is still against enhancing protection of journalists, although threats against journalists and attacks on them persist. The legal framework for investigative journalism has not yet been improved, since the prohibition of taking photographs and records of individuals who commit a criminal offense punishable by a sentence milder than imprisonment of at least 5 years, although such offenses are numerous and harmful to all.

In the past year, there has been work on the new Media Law. A discussion on the working version or the draft of the law is expected. Timely discussions in a wider circle of interested participants could only contribute to the quality of this very important law for the protection of the right to freedom of expression.

Journalists continue to work under poor economic conditions for the survival of the media and development of investigative journalism on the small market of Montenegro. State advertising in the media is still not regulated to ensure a transparent and politically impartial approach.

Recently, the president of the ruling party and the new president of Montenegro, Milo Djukanovic, called independent media the fascists. Although the use of such statements in public discourse is not prohibited in all cases, senior officials and/or governing structures are expected not to use them, bearing in mind the power and influence they command.

What is encouraging is the new activity of professional associations of journalists and the increase of members of these associations in Montenegro. This creates opportunities for improving conditions for the performance and development of the journalistic profession in favor of the society as a whole.

HRA believes Montenegro should adopt a strategy for development of public information, which would be based on the principles of media freedom and consensus on their implementation in Montenegro, since such consent is lacking.