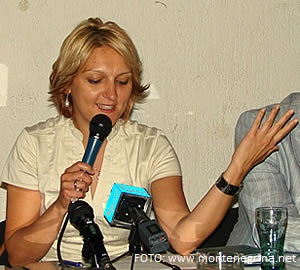 Human Rights Action alerts on the second death threat the TV Vijesti director, Marijana Bojanić, received yesterday from a person who presented himself on social network Facebook as Mirko Đaga Draganić, manager of the Democratic Party of Socialists (Demokratska partija socijalista – DPS) in Nikšić. Particularly disturbing is the explicit threat mentioning Marijana Bojanić’s children in the same threatening context. The first threat to her was made by a still unidentified person via social network Twitter.

HRA expects the police and the state prosecutor to investigate and prosecute this case seriously and effectively, given the particular social danger of threats to journalists, and the fact that to date, many cases of attacks and threats to journalists in Montenegro were neither clarified nor punished.

HRA expects the Democratic Party of Socialists (Demokratska partija socijalista – DPS) to convey whether the person who threatened Marijana Bojanić is really the manager of this political party, and to take a stand regarding these threats.

HRA has been advocating for introducing new criminal offences to the Criminal Code of Montenegro for years in order to increase criminal law protection of journalists from attacks and other acts that prevent them from performing their profession in the public interest. Most journalists support HRA initiative according to CEDEM research, the Media Trade Union supports it, several political parties stated their support, but to date not a single party decided to officially present this initiative to the Montenegrin parliament. We wonder what kind of attack on a journalist in Montenegro would have to happen next in order to motivate the MPs to make this step?
HRA team