Aleksandar Pejanović, our fellow citizen, was brutally beaten twice by, according to information from the criminal trial, members of the special intervention police unit while in the police detention unit in Podgorica known as Betonjerka, between the 31 October and the 2 November of 2008. Court experts (three of them) recorded a combination of 19 heavy and light injuries on his entire body.

After five years and eleven months of trial, on 9 October 2014, just three weeks before the criminal prosecution was to become time barred, the High court in Podgorica reached a final verdict stating that the three police officers in charge of securing Pejanović in “Betonjerka“ had committed a criminal offence of Ill-treatment through assistance and sentenced them with three months of prison each. Those police officers opened the prison doors to the members of the special unit who had come in to beat Pejanović, i.e. they did nothing to stop them, and did not report what had happened. By the end of the trial, all three convicted officers, as well as the other two who were acquitted in the meantime, claimed that during the disputed period nothing suspicious had happened and that Pejanović had not been hurt at all. Police officer Goran Stanković was the only one who testified that the ill-treatment did happen and that it was “ordered from above”. This man, the only known “whistle-blower” of the Montenegrin police does not work there anymore. He claims that he abandoned his office because of the pressures and threats on his security.
Although the court found the three police officers guilty for enabling the beating and taking no actions to prevent it, it decided to sentence them at a minimum – with three months of prison, although it could have imposed penalties of up to three years. The court thus acted contrary to international standards and the explicit recommendation of the Committee against Torture (CAT) to Montenegro that the sentences must be proportionate to the seriousness of the crime. Moreover, if the convicted officers are to behave well in prison, there is a good chance they will stay there for only two months, and that is unless some new Pardon law is adopted by the Montenegrin Parliament, or they are pardoned by the President of state Filip Vujanović.

Can anyone seriously expect that such a lenient sentence would persuade other officers to refuse to comply with unlawful orders to terrorize citizens? Is this a way of encouraging the citizens to report police ill-treatment?

Let us not forget that in 2009 the Internal Control Unit (ICD) of the Police, led by Zoran Tomčić (now the Director of Forensics Centre of the Police Directorate), found that the police officers have not overstepped their authority in this case, thus obviously protecting the criminals in the police, which represents a criminal offence just like the offence for which the three officers have been convicted.

Six years after the crime was committed it is still unknown who ordered the beating of Pejanović, or who the members of the special police intervention unit that executed this order were. We are quite sure that all of them still work at the police, under the authority of the Police Director Slavko Stojanovic and under the auspices of the Minister Raško Konjević, who have done nothing (known to the public) to punish the thugs or those who ordered the beating.

Additional concern is that senior public officials – Prime Minister Milo Đukanović and the former Police Director Veselin Veljović (now advisor to the President on defence and security) obstructed the investigation, because they never acted on the orders of the prosecutor to submit a list of members of the intervention unit who were on duty at the time when the crime was committed.

However, as noticed by the European Committee for the Prevention of Torture and Inhuman or Degrading Treatment or Punishment (CPT), the fact that the Prime Minister and the Police director failed to cooperate does not mean that the competent State Prosecutor – Ljiljana Klikovac (recently appointed to the Head of the Basic State Prosecutor’s Office) was supposed to instantly give up on further investigation, instead of making an effort to obtain the information in question through issuing of a search warrant, prosecuting those who obstructed the investigation, hearing all members of the intervention unit etc. We would like to remind that the CPT requested detailed comments of the Montenegrin authorities on these points, but the Government disregarded this (please see below).

Since it was finally determined that the crime related to late Aleksandar Pejanović within the police premises did occur, and that both the thugs and the ordering party remained unpunished, the Supreme State Prosecutor Ivica Stanković should put further investigation of this case on the top of his priority list, in order to establish the trust in rule of law in Montenegro. When the perpetrators of the crimes are police officers, the State Prosecutor’s Office is solely responsible for ensuring an impartial investigation. Mr. Stanković should also determine responsibility of the competent state prosecutor’s office for the ineffective processing of this case.

Statement of the Attorney of the late Aleksandar Pejanović and his family, Dalibor Kavarić 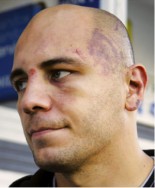