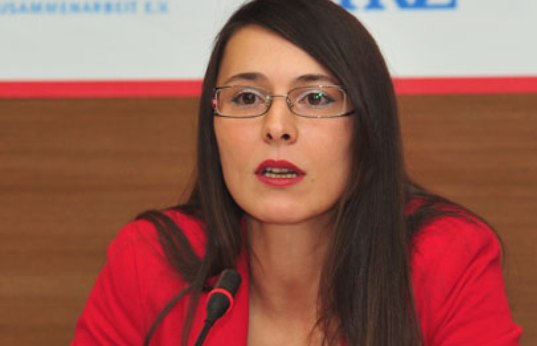 Human Rights Action (HRA) welcomes the verdict of the judge of the Basic Court in Podgorica, Branka Zeković, which annulled the decision of the Parliament of Montenegro on the dismissal of Vanja Ćalović Marković form membership in the Council of the Agency for Prevention of Corruption as illegal.

This is the second verdict in the last month by which the basic court annulled the decisions of the Parliament of Montenegro on dismissal of civil activists from the membership of supervisory bodies.

In this verdict, the judge of the first instance court insisted on the legal position that the basic court, as a regular court, is competent to act in a case for which the law does not prescribe the jurisdiction of another court, despite the general stance of the Supreme Court of Montenegro that the basic courts are not competent to provide legal protection. This general stance of the Supreme Court has sparked a storm of reactions in public, and the European Commission said in its latest report on Montenegro that the legal situation it caused is worrying because it denies legal protection against Assembly’s decisions and jeopardizes the right to an effective remedy.

Before judge Zekovic, judge of the Basic Court in Niksic, Sanja Nikic, for the second time in the same case annulled the decision of the Parliament of Montenegro on the dismissal of director Nikola Vukcevic from the RTCG Council membership, despite the revoked decision of the High Court in Podgorica, based on the stance of the Supreme Court.

HRA reminds that Vanja Ćalović Marković was elected a member of the Council of the Agency for Prevention of Corruption on June 26, 2015 by a decision of the Parliament of Montenegro for a period of four years, and that on July 5, 2018, the Parliament dismissed her membership by the votes of the ruling coalition.

The verdict of the Basic Court pointed out that such dismissal was illegal, because it was based on the decision of the Agency for Prevention of Corruption, which did not become binding, since an administrative dispute had already been initiated against that decision, of which the competent parliamentary committee was informed.

In the meantime, the Administrative Court annulled that decision and decided on the merits that Vanja did not violate the Law on Prevention of Corruption.

It was also assessed that the decision on dismissal did not contain an explanation and instruction on the legal remedy, which is contrary to Article 20 paragraph 1 of the Constitution of Montenegro which prescribes that everyone has the right to a legal remedy to decide on his right or interest based on the Article 148 of the Constitution which prescribes judicial protection against binding individual legal acts and, in the final, Article 6 of the European Convention on Human Rights and Fundamental Freedoms, which guarantees the right to a fair trial to parties, when deciding on civil rights and obligations.

Judge Zekovic especially pointed out that reviewing the legality of the decisions of the Assembly by no means represent interference of the judicial branch of power in the autonomous authority of the legislative power, yet it is a matter of power relations based on balance and mutual control.

This decision of judge Zekovic, which deviates from the general stance of the Supreme Court of Montenegro, restores confidence in the independence of judges and restores hope that civil activists who were illegally dismissed by the Parliament of Montenegro by political dictates will soon see justice.

HRA reminds that in the proceeding which Goran Đurović is conducting against the Parliament of Montenegro, the judge of the Basic Court in Podgorica, Radovan Vlaović, declared himself incompetent in October 2019. Earlier, on July 16, the High Court in Podgorica, referring to the position of the Supreme Court, revoked the first verdict of judge Vlaovic, by which he, at first,  decided in favor of Djurovic and annulled the decision of the Parliament of Montenegro on his dismissal. An appeal procedure before the High Court is currently ongoing, and the appeal was filed a year ago.