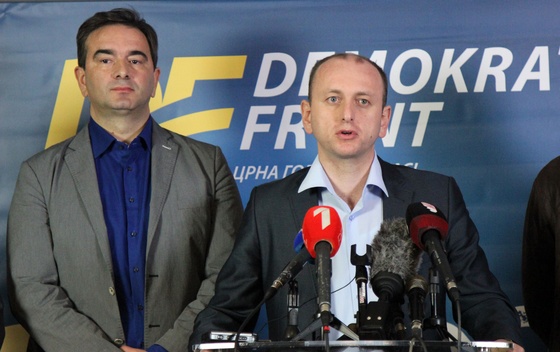 The Constitutional Court has initiated the procedure for assessment of constitutionality of the provision of the Criminal Procedure Code Art. 119, paragraph 2, i.e. the provision providing for prison of those who reject to testify before the court without a lawful reason. The execution of the decision on imprisonment for MPs was suspended until final decision of the Constitutional Court, meaning that MP Medojević is to be released and that MP Knežević will not be arrested. The court initiated this procedure on its own initiative and did not decide on constitutional appeals.

Human Rights Action (HRA) welcomes the fact that MP Medojević is immediately released in this way and that Knezević is not going be arrested, but points out that the key issues of jailing MP for refusing to testify have not been resolved, nor is it likely that in this particular proceeding before the Constitutional Court those issues will be resolved.

HRA considers that the Constitutional Court should not postpone or impede urgent consideration of the constitutional appeals of MPs dealing with unlawful and unconstitutional actions of the High Court and the Appellate Court against the MPs in the proceedings in which they were detained. Those appeals raise many important issues of the rule of law including the scope of parliamentary immunity.