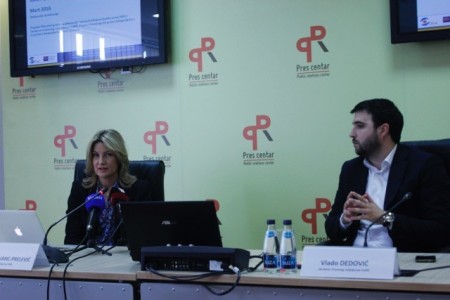 Human Rights Action (HRA) and Center for Monitoring and Research (CeMI) published results of the public opinion research “Attitudes of citizens about the judicial system in Montenegro”, conducted by CeMI in March 2016 within the joint project “Judicial Reform Monitoring Project”.

Strengthening citizens’ confidence in the judiciary has continuously been one of the objectives of the judicial reform strategy in Montenegro, including the recent Strategy for the period 2014-2018. Action Plan for implementation of this Strategy 2014-2016 envisages conduct of surveys on attitudes of citizens in relation to the judiciary.

When presenting the report, the Executive Director of HRA Tea Gorjanc-Prelevic gave the following comment:

”The research shows most citizens not having confidence in the independence of judges and the system of selection and advancement of judges. Prosecutors enjoy more trust of citizens in their independence and system of election. These two occurrences and perceptions are related. A transparent and objective system of judicial appointments presents an important guarantee of judicial independence and perception of that independence. If the judges are not elected solely on the basis of merit, if they owe gratitude to someone for been elected, and not only to their abilities, then they are more susceptible to influence, or returning such favours. We hope that the citizens’ perceptions will influence the Judicial Council and Prosecutorial Councils to improve their practices. The Judicial Council has only in the last year diverted from the ranking list of candidates in one-third (11) of all decisions on appointments of judges (33). This does not contribute to the trust in the selection process as well as in the independence of judges. “ 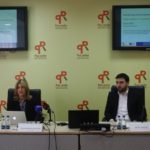 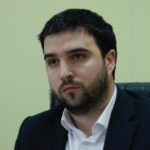 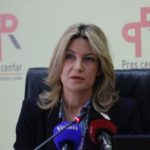