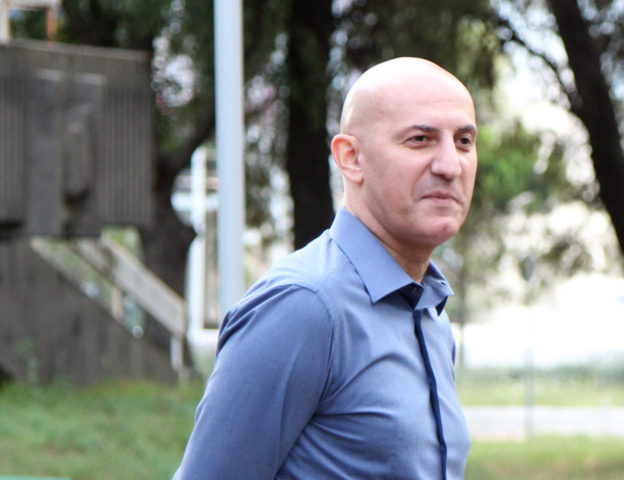 Judge of the Basic Court in Podgorica Radovan Vlaović annulled for the second time the decision of the Parliament of Montenegro dismissing the civil activist Goran Djurović from membership of the Council of the Radio and Television of Montenegro (RTCG). The court thus reaffirmed what the Human Rights Action (HRA) had claimed from the beginning of this marathon process, that the Parliament had dismissed Djurovic illegally in 2017, for a reason that had not been prescribed as ground for dismissal of members of the RTCG Council by the Law on the National Public Broadcaster of RTCG, which had been the only relevant law for the subject matter (lex specialis).

This is an important judgment in the case which concerns not only the protection of the rights of one single person, but also concerns the rule of law and the protection of the public interest for independent institutions. We expect that the Parliament of Montenegro will not appeal this decision and thus enable Djurović to reach justice without further delay, following more than three years since his dismissal.

In December 2017, the then political majority in the Parliament of Montenegro dismissed Mr. Djurovic from membership in the RTCG Council due to a misdemeanor from the Law on Prevention of Corruption, because he had not timely reported that during his membership in the Council he had also been, for a while, the executive director of a private company engaged in agricultural production. This was interpreted as a conflict of interest. Djurovic had been an outspoken critic of the politics of the ruling political majority regarding the independent media as well as the RTCG.

In February 2019, judge Vlaović decided for the first time that the Parliament illegally dismissed Djurović. The High Court in Podgorica quashed this judgment relying on the Supreme Court’s controversial standing and criticizing the reasoning of the jurisdiction of the basic court judge to adjudicate in the dispute. In the renewed proceedings, the same judge decided in November 2019 that his Basic court had not been competent to try the case, referring to the position of the Supreme Court’s position, but the High Court also abolished that decision, explaining that the basic court did not explain well why it had not been competent. The High Court acted in a chamber of judges Nenad Otašević, Dragiša Baletić and Mirjana Vlahović.

Thus, for a total of two years, this litigation was only about alleged shortcomings in the reasoning supporting the jurisdiction of the basic court to adjudicate disputes against decisions of the Parliament, according to the chamber of judges of the High Court in Podgorica. (This issue is further discussed on the HRA web site in Montenegrin language).

In disputes led by other civil activists who were also illegally dismissed by the Parliament from membership in state regulatory bodies, the judge of the Basic Court in Nikšić, Sanja Nikić, issued two verdicts annulling the decisions of the Parliament on dismissal of Nikola Vukčević from membership in the RTCG Council, as well as the judge of the Basic Court in Podgorica, Branka Zeković, who annulled the decision of the Parliament on the dismissal of Vanja Ćalović Marković from membership in the Council of the Agency for Prevention of Corruption. These judges persisted in providing judicial protection to persons whose rights were breached by acts of the Parliament, when the Administrative Court had already determined his incompetence for those disputes and when the Supreme Court affirmed it. We expect from the High Court in Podgorica to soon confirm these verdicts.

It turns out that the legal protection against Parliament’s illegal decisions lasts for over three years in Montenegro. Such ineffective protection of rights is disastrous not only for individuals harmed by these decisions, but also for the lawful functioning of the state bodies they had been a part of, as well as  for their independence, threatened by the illegal acts of the political majority in the Parliament. On the other hand, this ineffective legal protection presents an encouragement for any political majority to dismiss members of independent state bodies as they wish.

HRA believes the Law on RTCG and other laws need to be amended to specify the jurisdiction of courts as well as urgency of resolving disputes regarding the election or dismissal of all public officials, noting the social significance of those procedures for lawful operation of state institutions.

HRA provides legal representation to Goran Djurovic with the support of the Media Defense from London. His lawyer is Dalibor Tomović.