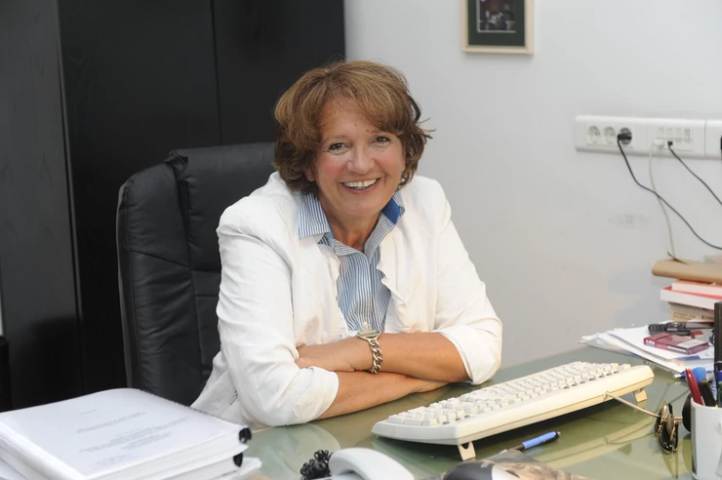 By appointing presidents of lower instance courts who have already served two terms, the Judicial Council took the stance that only the terms following the entry into force of the Law be taken into account, which may prejudge the same position on the appointment of the Supreme Court President, although the Council could take the opposite stance, since the ban pertaining to presidents of courts is a legal one, and in the case of the Supreme Court President – constitutional.

The issue of retroactive effect of law was addressed by the Montenegrin Constitutional Court in challenging several provisions of the Law on Court Interpreters. Court interpreters argued that because they were obliged by the new law to take additional exams, even though they had already passed the exam, they were discriminated against in favour of those who should take the exam prescribed by the disputed law. They also claimed that they were imposed an additional obligation, even though they had already acquired the capacity of official court interpreters. Constitutional Court addressed not only the issue of discrimination, but also the issue of retroactivity. During the activity of previously appointed interpreters, a law was passed imposing new obligations and conditioning their further activity by passing the exam and submitting applications. In assessing the admissibility of the effects of new law on the existing situation, the Constitutional Court was guided not only by the time criterion. The Court found the application of the new law admissible, given the need to regulate this inadequately regulated area, guided by the principles of proportionality and prevailing legitimate public interest, and concluded that the application of the new law was admissible, which means it was not retroactive. This is the decision that laid the foundation for creating judicial attitudes towards retroactivity and towards admissible application of a new law to established legal situations that were in effect at the time of entry into force of the new law. Also, the said decision suggests that the position of a court interpreter, as a person in a position of trust, is not an acquired right.

Application of this decision to the upcoming appointment of the Supreme Court President indicates that the position of a public official is not an acquired right, although this was indisputable even before. The practice of the European Court of Human Rights confirms this stance.

Legal situation of court presidents in general as well as of the President of the Supreme Court is a permanent situation. The nature, role and identity of the Supreme Court have not changed – they are the same as they were in the earlier constitutional text. It was and still is the highest court of the state. The role of the Court President also remains the same. The same applies to a person who has served as President of the Court for the previous two terms. Substantive requirements for holding public office are essentially the same. Authority of the body that appointed the current Supreme Court President in the previous two terms is not part of the relevant factual situation.

In order to assess whether the effect of a legal rule is retroactive, the nature of the norm is also important. Constitutional ban on the third (and any subsequent) appointment can be understood as a procedural impediment for the decision of the competent authority to reappoint the person who has already served two terms, and as such, i.e. procedural, it has an immediate effect and is not retroactive.

The fact that constitutional changes imposed a limit on the number of terms the Supreme Court President serves in office, and the reason for such limit, are crucial for the purposive interpretation. Such an interpretation is necessary, since the Constitutional Law does not contain transitional provisions on (non)consideration of past terms, so the legal gap should be filled. There is no precedent in this matter. Analogy with the President of the Republic of Montenegro is not applicable because he was elected as president of a federal unit of the wider state union at his first term. The purpose of limiting the number of terms is legitimate, as it aims to avoid the establishment of personal power of the Supreme Court President, and thus achieve real guarantees of the rule of law and independence of judges and courts. Therefore, contrary to the position that only the terms served under the new constitutional order should be considered, the fact that there are no transitional provisions, and taking into account the legitimate aim of the limit, obliges those applying the norm to consider both terms and apply the new constitutional norm.

The amendments entered into force on 31 July 2013, and the second appointment of the current President of the Supreme Court took place a year later – 24 July 2014. In its decision on that appointment, the Judicial Council expressly stated that the same candidate had already served as the Supreme Court President. For that reason, the third appointment, in addition to being contrary to the Constitution, would also mean that the Judicial Council acted against the factual situation it had established. This is unacceptable for such a high judicial authority, because it would not only compromise the Council and endanger public confidence, but also the principle of the rule of law and the original power of the Constitution.

Therefore, I conclude that the provisions on the ban on staying in office longer than two terms do not have a retroactive effect and that this ban, as a legal one, had to be applied in the appointment of court presidents, and that the constitutional ban pertaining to the Supreme Court President must be applied because the Constitution does not have a retroactive effect and the reappointment of the same person as president of the highest court would be unconstitutional.

In this text I did not use any non-legal arguments. However, precisely on this occasion I feel the need to refer to wise words of a legal theoretician, who once said: “A decision should neither go against the law nor against the common sense of an average man.”

NOTE: The text is a summarized version of a longer text under the same title, available on the website www.hraction.org.